The car sharing industry around the world is experiencing rapid growth, which is projected to continue over the next ten years. As the world’s population continues to grow, populations are becoming centralised within large cities, changing the way people move around and altering the traditional role of the car in people’s lives. Are we seeing the end of the car age, or simply the next step in the evolution of car travel? What are the car sharing industry trends that will be shaping the next decade?

What Is Car Sharing?

Car sharing is a model of car rental that provides a more affordable and flexible way for people to get around. Car sharing allows people to rent a car for an hour or more at a time, making it ideal for short, everyday trips. It also differs from traditional car rental in the way it uses digital technology to link users with cars, and is part of a broader sharing economy.

The car sharing industry across the world has capitalised on the increasing cost and inconvenience of car ownership to provide an easy and affordable solution to mobility, particularly within big cities.

Many car sharing businesses have been disruptors, through the use of mobile technology. Digital car sharing apps make it possible for private individuals to rent out their cars when they aren’t using them, and offer members an easier, more flexible and affordable service, that they can manage from the palm of their hand.
There are a range of car sharing business models, which provide users with different levels of flexibility. Deloitte refer to three models:

In a peer-to-peer community like Car Next Door, private individuals rent out their vehicle and the business owns the digital platform that manages the system (a little like Airbnb). In Free floating car sharing, a business owns a fleet of cars that are parked on the street, within a defined area. Members can locate and pick up the nearest car via a mobile app, and after completing their trip, return it to any available car park reserved for car sharing. A stationary model of car sharing has a fleet of cars located at a single location. Vehicles are picked up and returned to the same place.

How Does Car Sharing Work?

Car sharing is best suited to inner urban areas. It relies upon people who don’t use their car every day, and so it provides a cost-effective alternative to car ownership. Car sharing works through membership. Members join with their driver’s license and can search for a vehicle in their local area. Unlike traditional car rental, members can rent a car for as little as one hour at a time, making it ideal for short, everyday trips. Rates are by the hour or a flat day rate. Users are also protected by damage and loss cover  which is provided by the car sharing company.

Depending on the model of car sharing, members either pick up a car from a private owner or from a specified location on the street. Free floating car sharing uses keyless entry. Members swipe their card for access to the vehicle.

Find Shared Cars in your Area

What Is Driving Car Sharing Growth?

There are a number of factors driving the growth of car sharing around the world. From increasing urbanisation, the rising cost of car ownership, the development of mobile and automotive technology, environmental concerns and a change in cultural attitudes to sharing. All these factors will continue as the car sharing industry trends shaping the next decade.

The demand for car sharing has occurred mostly in inner city areas, where car parking space is limited and often expensive. According to a UN report, approximately 55% of the world’s population currently live in urban areas, and by 2050 this figure will increase to 68%. By 2030 it’s estimated there will be 43 Mega cities around the world, with populations over 10 million.

Concerns about climate change have prompted experts and governments to look at strategies to reduce carbon emissions. Solutions include investing in more efficient public transport systems and moving to electric and driverless vehicles that produce zero emissions.

Car and bike sharing initiatives have been developed and supported by many cities across the world, as a first step towards reducing carbon emissions and improving congestion in city centres. Cities in Europe, The United States and China continue to develop a range of policies to reduce car dependency.

The Cost Of Car Ownership

Rising costs associated with car ownership, including the purchase price, ongoing maintenance, insurance and petrol, has led to a decline in interest in car ownership. This is occurring in Australia, the UK, Canada and the United States, where young people are delaying getting a driver’s license.

The cost of storing a car is also a consideration for purchasing a car, particularly for those who live in the inner city. On average a privately owned car remains unused for 95% of the time, yet the addition of a private car park to store a car can add a significant amount to the purchase price of an inner city apartment. Combined with the increased cost of parking in many cities, financial considerations are leading many people to question the value of private car ownership and consider alternative options for getting around - on public transport and through car sharing.

Car sharing growth around the world has also been influenced by the growth of the wider sharing economy. From crowd funding to Airbnb and bike sharing, the sharing economy has boomed over the last ten years, making many services more accessible, affordable and convenient via on-demand digital technology. For anyone under 30, using on-demand services via a mobile app has become second nature. The concept of car sharing is no exception, providing a vehicle on demand, without the significant expense and responsibilities of car ownership.

The automotive industry is playing an important role in developing new technology that will support the car sharing industry. The development of electric vehicles will eliminate car emissions. Autonomous vehicles and the concept of the ‘connected car’, requiring no human intervention, has enormous potential for integration with car sharing technology and external infrastructure.

Car Sharing Around The World

Car sharing in North America, The UK and Australia was slower to develop. Zipcar began in the United States in 2000 with just four cars, but has now expanded to 12,000 vehicles across North America, Europe and Asia.

The Car Sharing Industry In Australia

Car sharing arrived in Australia in the early 2000s and has experienced significant growth since its arrival. Over the past five years to 2019, the industry doubled, growing by 26.2% annually. In 2019 it was valued at $54 million.

The largest areas of growth have been in Melbourne and Sydney, with smaller growth in Brisbane, southeast Queensland, Perth, Canberra and Adelaide. In 2017, Australia had an estimated 3000 car sharing vehicles in operation and over 300,000 users.

Is Car Sharing The Future?

Mobility for people around the world is changing. In the future, as cities adapt to growing populations, they will be unable to support a dominant model of private car ownership. Car sharing provides a solution, by reducing car congestion and the rising costs associated with private ownership. Car sharing’s ‘explosive’ growth over the last 10 years supports the idea and growing evidence that it will play an important role in changing the way people travel in the future.

The development of mobile enabled and autonomous vehicles that integrate with car sharing technology is a further indication of the move to car sharing. The automotive industry has also started to invest in the car sharing industry. In late 2019 Hyundai announced it was investing $6.2 million in the Australian car sharing platform, Car Next Door.

As different models of car sharing increase, mobility will be supported by a range of car sharing and public transport service options. This will coincide with a decrease in private car ownership and improvements in public transport. A report by PWC estimates that by 2030, 35% of car journeys may be car share journeys. There are already signs that there is a significant structural shift taking place. In Australia for example, a 20 month decline in new car sales is seen as symptomatic of a move away from traditional car ownership, as consumers discover alternatives like car sharing, ride sharing and subscription based services.

While the car sharing industry will experience continued growth globally over the next decade, it will also face some challenges. Regional and less densely populated areas in particular present difficulties for car sharing.

In Australian cities, the suburban sprawl developed because of the convenience of private car ownership, which allowed people to travel further from the city. Regional and outer suburban areas face difficulties in adopting car sharing, because services are more spread out, public transport is less convenient, and people living in these areas are much more dependent on car travel.

For car sharing to succeed in these areas, more cars need to be available to support a more dispersed population. At present car sharing is best adapted to inner city and densely populated areas, with good public transport, and where trips are generally shorter. Of all the car sharing models, P2P car sharing shows the most promise for adoption in less densely populated regions, as it relies upon private ownership, without needing large fleets or reserved on-street car parking.

There are signs that the continued move away from private car ownership to various models of car sharing is a strong trend for the future. Increasing urbanisation and a rise in petrol prices is leading to a demand for more cost effective and efficient modes of transport around the world.

New technologies being developed in the automotive industry and the further refinement of digital technology and the sharing economy, will make car sharing a more practical option for many people. With the assistance of supportive legislation from governments, car sharing looks set to transform mobility into an on-demand service in the future.

There are many advantages to car sharing, including:

Since its conception, the car has been seen as a symbol of freedom and independence. The projected expansion of car sharing and the decline in private car ownership, doesn’t mark the end of the car age, but introduces a new era. Car sharing reimagines the car as a shared resource, providing a much needed service of mobility to people globally, as well as contributing to greener and healthier cities. 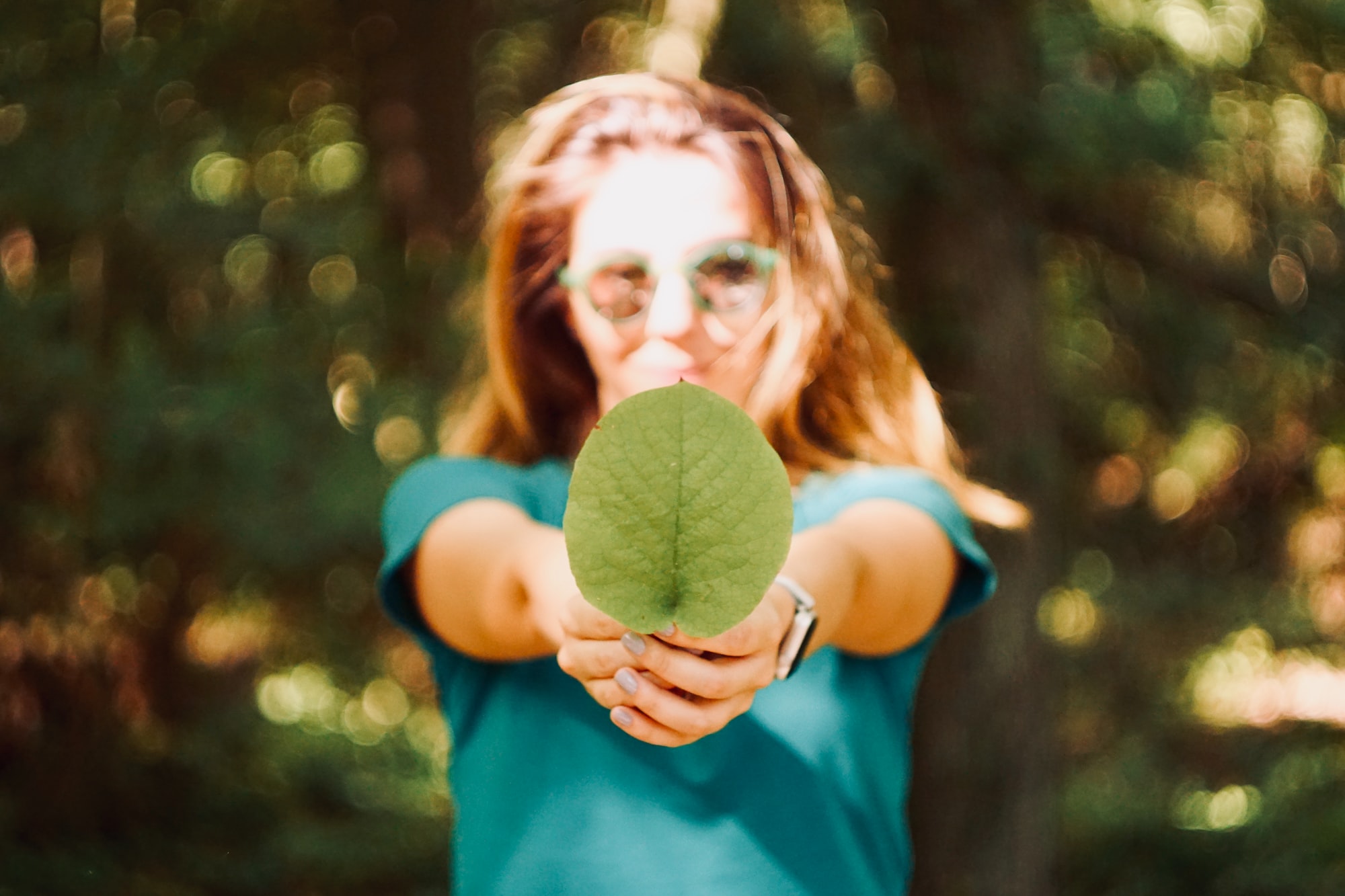 The Environmental Impact of Car Sharing

Car Next Door is fundamentally changing the way Australia travels by turning any car into a share car and empowering people to live car free. We’re working to cut personal transport costs in half, permanently remove 87,000 cars from the Australian vehicle fleet, reduce Co2 emissions by 84,