Sydney: Australia’s ‘real’ capital (but shh we didn’t tell you that). It’s one of Australia’s most multicultural hotspots, full of stunning beaches, exciting adventures, and a wide array of job and livelihood opportunities – not to mention the year-round stunning weather.

Still known as sin city due to its history as a convict settlement, there’s a fair bit you should know about Sydney before deciding to call it your new home.

Population: 5.23M (lots of new friends to be made)
Suburbs: 650 to choose from in the metro area alone
Official Language: English, but given the diverse communities around expect to hear over 250 languages including Arabic, Mandarin, Cantonese, Greek and Italian.
Employment: You’re in luck! The jobs are overflowing in Sydney’s quasi-capital, with over 60% of Australia’s top companies having headquarters there.
Known For: Landmarks (Opera House, Harbour Bridge), Art (Soho, Sydney Theatre Company, Art Gallery of NSW), Fun (Taronga Zoo, Luna Park, Sydney Observatory, Ferries, NRL), Food (bacon and egg rolls, green smoothies, great coffee) and the Not-so-god (traffic, sky-high rent and property prices)

The biggest qualm people have when moving to Melbourne is that no one warned them about how cold and rainy it is throughout most of the year. Sydney, however doesn’t have that problem.

One of Sydney’s biggest draw cards is its prime weather with milder winters (17 degrees on average) and hotter summers (30 degrees on average). The weather in Sydney is much more predictable than the southern cities, and you’ll see a lot more of the sun than you will in places like Melbourne, Hobart and Adelaide.

Finding a place to call home

Ay, here’s the rub. Whether you’re renting or buying in Sydney, you’re in for a rude awakening. It’s expensive – the 16th most expensive place to live in the world. Give yourself ample time, at least 6 - 8 weeks, to find a place to stay so you aren’t left taking whatever’s available, even if it’s well out of your budget.

It’s not impossible to find a good deal if you’re willing to be flexible, but unlike other cities in Australia – where rent may inch up to a 1/3rd of your income – mortgage repayments or weekly rent in Sydney clear out almost 50% of your regular income.

Rental and buying competition is also fierce. Fire-ravaged, dilapidated domiciles that need total rebuilds sell for well over $1.5M while the <a href="https://www.afr.com/property/residential/sydney-median-house-price-rises-to-875-000-20190917-p52s44"median house price is $875,000. Meanwhile, on the renter’s side it’s not much better.

Yikes. The good news is there are a few ways you can work around the high prices to get the best deal:

Being right in the city is great during the week to be close to work, but don’t expect much on the weekends. Sydney’s CBD is deserted on Saturday and Sunday but you’ll have easy access to inner suburbs like Paddington, Surry Hills, Darlinghurst, Potts Point and Wolloomolloo, where there are some great restaurants and shops. Prices have risen due to the many nearby universities and students looking to be as close as they can to central Sydney.

If you’re in the in-crowd, the inner-west is where you want to be. It’s getting pretty crowded but if your vibe is ‘grunge’ – this will be right up your alley. The inner west has amazingly diverse options for food, a whole lot of things to do and the famous terrace housing everyone wants. Like the CBD however, it all comes at a price. Places like Glebe, Annandale, Newtown and Marrickville are getting less and less affordable. Further out west however, you’ll find lower prices and a great direct train line. The most affordable area is in Sydney’s south west which has diverse communities of Chinese, Vietnamese and Lebanese (and thus even better food) around Cabramatta, Lakemba and Bankstown.

North of the water you’ll find the most affluent of suburbs, but it’s worth the price if you’re willing to pay extra for quiet, cleanliness, and a family-friendly vibe. For families on a tighter budget, consider north west if you’re keen on a new house on a much bigger block. If you get far enough north to hit the Northern Beaches, you’ve hit summer gold. You’ll find some of the most stunning (and least crowded) beaches in Sydney, including the famous Manly beach. However, the area got its “insular peninsula” nickname for a reason – it has no train line and is hard to access without a car. But hey, the scenic ferry ride might be worth it! Check out Manly, Mosman, Balmoral or anything around the Lower North Shore.

If you’re into McMansions, sky-rocketing house prices, pubs and lots of backpackers, then the East is just for you. It boasts to stunning beaches and top universities, including NIDA and UNSW, and plenty of places to get fit and healthy outdoors. Check out Bondi, Coogee, and Randwick, but if you’re especially price conscious, avoid Point Piper and Vaucluse. The one downside (besides price) is that buses are your best way of getting around.

The average cost of living (minus rent) for a single person is $1,373.78 a month (8.72% higher than in Melbourne) and Sydney ranks as the 11th most costly city to relocate to in the world.

With the average monthly net salary per person sitting at $4,853.88 (after tax), you’ll want to make sure that your current cost of living doesn’t rise too much after you move.

Don’t have a job already? Well, you’re in luck. Sydney has an array of employment opportunities that can be well-paid to offset the high cost of living. There are lots of prospects across nearly every industry. If you’re moving to Australia as a skilled worker, check you have the right credentials or visa to work, and ensure you’re being paid at least the average for your position. Find these stats at Glassdoor or Payscale.

The jobs you can get in Sydney to support your criminally overpriced rent will largely depend on your visa. Changes were made to the skilled worker visa which are worth looking into if you are relocating from overseas.

Good news for those between 18 - 30! You are definitely eligible for a non-skilled working holiday visa. This visa is granted for one year, and you can extend it  for another year if you complete 3 months of fruit-picking or horticultural work in regional Australia.

According to the ABS Census 2016, the main occupations in Sydney are:

While the top industries are:

Sydney is a big, complex, sprawled out city, making Melbourne and Adelaide’s simple box layouts look quaint in comparison. There are a lot of public transport options such as light rail, buses, trains and ferries, which you can travel on with an Opal card or any pay wave enabled credit or debit card.

Adult fares are capped at $16.10 a day or $50 a month for travel on all of Sydney’s public transport options.

Sydney’s public transport isn’t known for its reliability, but unless you enjoy sitting behind the wheel in traffic for hours on end, it’s often the best option.

Many places in Sydney are walkable ,and if you’re a cycle enthusiast you can easily get your bike on. In 2017, the City of Sydney got together with a number of local councils and set out some guidelines for bike sharing operators and cyclists. Don’t be intimidated by Sydney traffic, it’s a lot easier to handle now that they’ve implemented a number of extra bike lanes.

Driving in Sydney is not fun, so if you don’t need to drive every day, ditch the car and choose more active modes of transport instead - your physical and mental health will thank you!
There are some times you just need a car though, and while taxis and rideshare services can help you get around, the cost  can quickly pile up.

When moving, hiring a car instead of buying one is your best bet as you hop from inspection to inspection or when you need to head to IKEA to grab some extra furniture.

Joining a car sharing service like Car Next Door is the cheapest and most convenient way to access a car when you need one. You can borrow cars by the hour or day, with prices starting at just $5 an hour and $20 a day, plus distance.

Borrowing a car for one day to travel 20km and run a few errands will cost you about $37 with Car Next Door. A similar trip in an Uber could easily cost over $60.

You can drive on an interstate licence for three months before having to legally transfer it to a NSW licence. If you’re arriving from overseas, some car share companies like Car Next Door will allow you to drive on your International Drivers Licence. For the long-term however, we suggest you apply for an International Driving Permit which will allow you to drive for 12 months.

MAKING IT AS A SYDNEY-SIDER

Moving to a new city and assimilating into its culture is always hard, but we’ve got the inside scoop on how to become a Sydney-sider:

Learn to love brunch – Like Melbourne, Sydney does coffee and brunch and turns it into a fabulous affair. If you’ve never tried it, make sure you definitely get onto ‘Smashed Avo’ – it’ll be all you avo want again!
Party all night – Sydney’s nightlife was heavily affected by the lock out laws brought in around 2016, however you’re in luck. The NSW government has announced they are scrapping them as of Jan 14 2020 (except for Kings Cross). Party on!
Embrace healthy living (within reason) – Most people are super healthy in Sydney – it’s the great weather and all the green juices. We draw the line at working out during lunch break!
Get used to postcode prejudice - In Sydney, it’s not just who you know but where you are. People will judge you on your choice of locale, so be prepared to join your local tribe and back up where you’ve settled like it’s your local footy team in Melbourne. 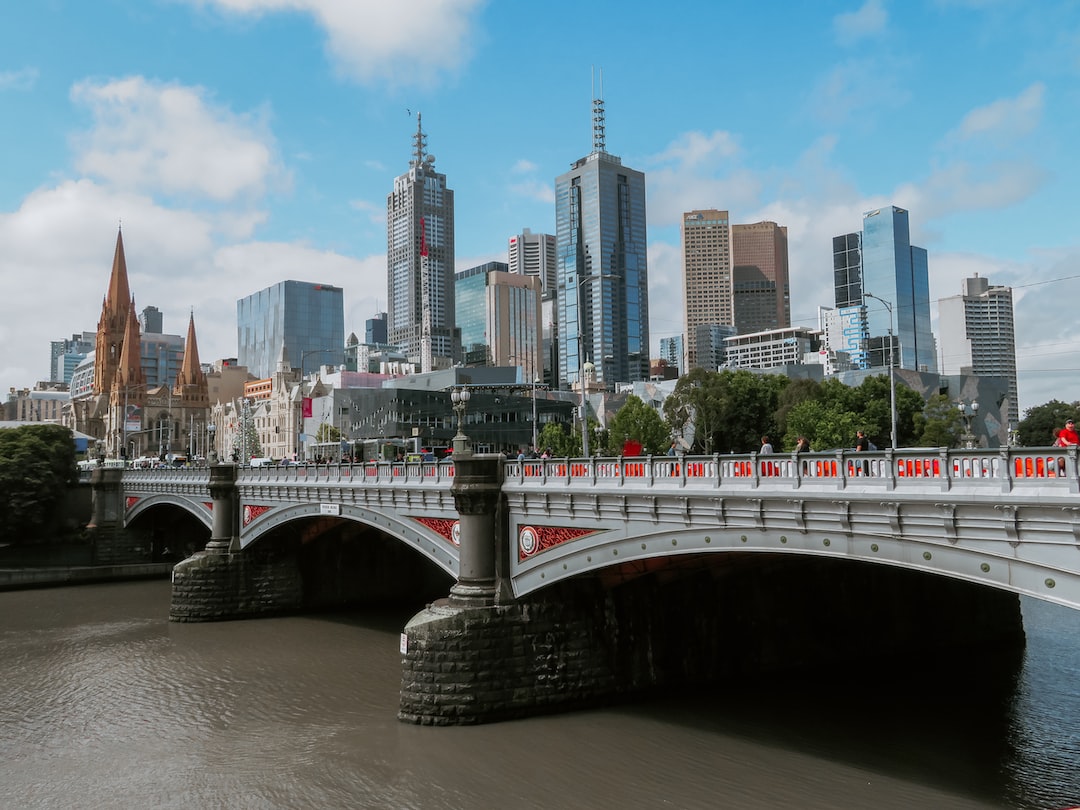 Moving to Melbourne: how to find a place, get around and make Melbourne feel like home

Contemplating a new life in Melbourne? Find out how to choose the right suburb for you, get the best deal on rent, find your way around, and become a true Melbournian. When you only have 40 square metres to call home, fitting yourself and all your stuff in can be a challenge. With some creative thinking, you can declutter your aparmtent make clever use of the space you have.