The days are long and the weather is warm: all we want to do is get outside. With plenty of gardens and parklands in or near the city, you don’t need to drive for hours to make the most of the spring and summer weather. If you live in the city and have a few hours to spare, pack your picnic basket and head to your nearest urban green space for an afternoon of sandwiches and sunshine.

City Botanic Gardens - Brisbane’s oldest park, the City Botanic Gardens, features ancient trees, rainforest glades and exotic species. Take your pick of spots by the banks of the Brisbane River, near Weeping Fig Avenue, along Mangrove Boardwalk or near one of the garden’s ornamental ponds. Brisbane Botanic Gardens Mt Coot-tha - You’ll find plenty of space to stretch out here (56 hectares to be exact), and with over 200,00 plants on display you’ll soon forget you’re only seven kilometres from the Brisbane CBD. Have a zen moment in the Japanese Garden, wander through a rainbow of succulents in the Cactus House, stargaze at the Planetarium, and see some exoctic plants in the geometric Tropical Display Dome.

Epicurious Garden - Foodies and green thumbs rejoice! Epicurious Garden in South Bank has something for everyone. Exotic plants and fresh produce grow side-by-side, and you can get some tips on growing your own city veggie patch or pick up some free produce from the harvest cart.

King Edward Park - Right in the heart of the CBD, King Edward Park is a green retreat from the hustle and bustle of the city. As well as plenty of lawns perfect for spreading out a picnic rug, the park is an art and history buff’s paradise: public artworks sit alongside Brisbane’s only surviving stone air raid shelter and the city’s oldest convict building, The Windmill.

Roma Street Parklands - Grab a bottle of wine because Roma Street Parklands, one of Brisbane’s licensed parks, is just a 10 minute walk from the Brisbane CBD. If you’re a gardening enthusiast you’ll appreciate the range of plants here, while the designer gardens and sprawling lawns will put a smile on the face of even the keenest picnic-er. Gold Coast Regional Botanic Gardens - A 10-minute drive from Surfers Paradise, you’ll find 31 hectares of gardens to explore. Get up close and personal with some butterflies in the Butterfly Garden, take the Mangroves to Mountains Walk, and feed the ducks from the boardwalk around the garden’s lake. Cascade Gardens - Settle in for a waterside picnic, or make your way along one of the rainforest walks. For a longer walk, take the Kokoda Memorial Walk, built to help visitors appreciate the experiences of men who fought on the Kokoda Track during World War II. The walk starts at the centre of the gardens and passes through sections of tropical rainforest.

John Laws Park - Spread out your picnic rug on the foreshore and enjoy one of the Gold Coast’s best views right across the water to the Surfers Paradise cityscape. If you feel like stretching your legs, head up the hill to the Burleigh Heads National Park and choose one of the walking tracks that take you through the rainforest or up to ocean lookouts.

View more free things to do in the Gold Coast

Royal Botanic Gardens - With some of the best views of Sydney Harbour combined with beautiful garden walks and sprawling lawns, the Royal Botanic Gardens are the perfect place for a city picnic. Learn about the Cadigal people, the traditional custodians on the land, in the Cadi Jam Ora - First Encounters Garden, see some ancient and threatened species in the Australian Rainforest Garden, or check out Sydney’s living art gallery, The Calyx. Wendy’s Secret Garden - Tucked away amongst the Lavender Bay Parklands, Wendy’s Secret Garden is actually one of the Sydney’s worst-kept secrets. Despite its popularity, it still feels like a secluded oasis so it’s a great place for a quiet Sunday afternoon picnic (with views of the Harbour Bridge thrown in). Centennial Park - At nearly 190 hectares, Centennial Park is Sydney’s largest urban green space, so there’s no shortage of lawn for you to roll out your picnic rug. Little ones will enjoy the Ian Potter Children’s WILD PLAY Garden, which has been purpose-built to encourage imaginative play, while your furry friend can make the most of the 154 hectares of off-leash space. Paddington Reservoir Gardens - Since it stopped supplying water to Sydney in 1899, the Paddington Reservoir has had a couple of lives, including a stint as a petrol station. It’s now been transformed into a heritage-listed green space, with much of the original brick, timber and iron fixtures built into the design. Stroll through the gardens and check out the graffiti art preserved on the reservoir’s walls. Swain Gardens - Over 70 years ago, Mick Swain began to transform the bushland near his house in Killara in Sydney’s north into a terraced country garden. In 1972 it was bequeathed to the National Trust and is now a public green space maintained by the local council. The gardens feature creekside paths, lawns, and flowering plants all year round. Fitzroy Gardens - Just a little east of the city, the Fitzroy Gardens were originally set aside as a reserve in 1848. As well as a wander along the Elm-tree-lined paths, no visit to the Gardens is complete without a look inside the Conservatory, which is home to hundreds of flowering plants all year round. Fitzroy Gardens are also home to Cooks Cottage, which was constructed in North Yorkshire by the parents of Captain James Cook and brought (brick-by-brick) to Melbourne in 1934. Heidi Gardens - The gardens at the Heidi Museum of Modern Art in Heidelberg are open to the public all year round, and stretch from the musuem down to the Yarra River. There’s plenty of space to stretch out and enjoy the hard work of Sunday and John Reed, who transformed the Heidi site from a neglected diary farm to a nourishing environment for some of Australia’s best-known artists. Today you can visit the walled garden, famous kitchen garden and the 15 acre sculpture park.

The Grotto at Kings Domain - One of Melbourne’s secret hideaways, the Grotto is located in Kings Domain near the Royal Botanic Gardens. A waterfall cascades into a cement grotto and flows into a series of pools, creating a tranquil escape from the busy St Kilda Road nearby. While there’s no room for a picnic in the Grotto, there are plenty of lawns in Kings Domain itself.

Carlton Gardens - Home to the Royal Exhibition Building, the Carlton Gardens are one of the most beautiful green spaces in Melbourne. Both the building and the gardens are World Heritage listed and were designed for the Melbourne International Exhibition of 1880. Huge trees provide shade and throughout spring and summer, and beautiful autumn colours in the cooler months. Look out for the two fountains and ornamental lakes created for the 1880 exhibition. Footscray Park - To the west of Melbourne, Footscray Park offers views of the city skyline, Maribyrnong River and Flemington Racecourse and is the most intact Edwardian public garden in Victoria. The Maribyrnong River Trail runs along one side of the park, so take a walk or cycle along the river to work off your lunch, or find a quiet nook near one of the ponds or fountains for a truly relaxing afternoon. Lennox Gardens - Right on the shores of Lake Burley Griffin, Lennox Gardens offers views of Black Mountain, the Brindabellas and the city centre. There are plenty of grassy spots to roll out your picnic rug, and if you're up for a post-lunch stroll through the Beijing Garden and the Canberra Nara Peace Garden, which celebrate Canberra's sister city relationships with the Chinese and Japanese cities.

National Arboretum - Even if you're not a tree enthusiast, an afternoon spent at the National Arboretum will have you feeling at one with nature in no time. The 250-hectare site is home to 94 different forests, so download the Arboretum's augmented reality app and take yourself for a stroll among the trees. Finish up at the Himalayan Cedar Forest BBQ area for a relaxing lunch. Old Parliament House Gardens - If you're feeling a little fancy, head to the gardens surround Old Parliament House for an afternoon of tea and sandwhiches among gorgeous roses that date back to the 1930s. Choose from the Senate Garden on one side of the building or the House of Representatives Garden on the other side and crack open your thermos.

National Gallery of Australia Sculpture Garden - For a picnic with a side of culture, set up in the NGA's Sculpture Garden and enjoy your lunch among works from some of the best sculptors from the last 300 years. The gardens are set right on the edge of Lake Burley Griffin, so fight the post-lunch drowsiness with a wander around the water. Langley Park - Sandwiched between the Swan River and the CBD, Langley Park has been a favourite Perth retreat since its creation in the 1930s. It's one of the biggest and best-kept green spaces in the city centre so there's plenty of room for you to stretch out and unwind after a busy day at the office (or a hectic retail therapy session).

Sir James Mitchell Park - Sitting on the southern bank of the Swan River, Sir James Mitchell Park comes complete with water views, rolling green lawns and plenty of trees. Walking and bike paths run through the park so if you're feeling energetic you can work off your lunch (or make room for round 2) with a stroll or ride along the river's edge.

Hyde Park - When it comes to picnic venues it doesn't get much better than Hyde Park. Ornamental lakes? Check. Beautiful trees reflecting in the water? Check. Old Moreton Bay Fig Trees? Walking Paths? Local birdlife? Check, check and check. Of course, there are also oodles of grassy areas for your picnic rug and some public BBQs so you can sizzle up some sausages and veggie patties. Market Square - Right in the heart of Subiaco, Market Square has ample room for your picnic rug as well as some walking and bike paths winding their way through the park. There are also plenty of great cafes nearby for your post-picnic coffee hit - just remember your reusuable coffee cup so you can take your caffine back to the tranquility of the park.

Kings Park and Botanic Garden - It's a classic for a reason. Choose a lawn area with views of the city skyline, settle in near the river, or head deeper into the garden to really escape the city. With over 600 hectares on offer, it won't be hard to find the perfect spot to satisfy even the pickiest picnic-er. 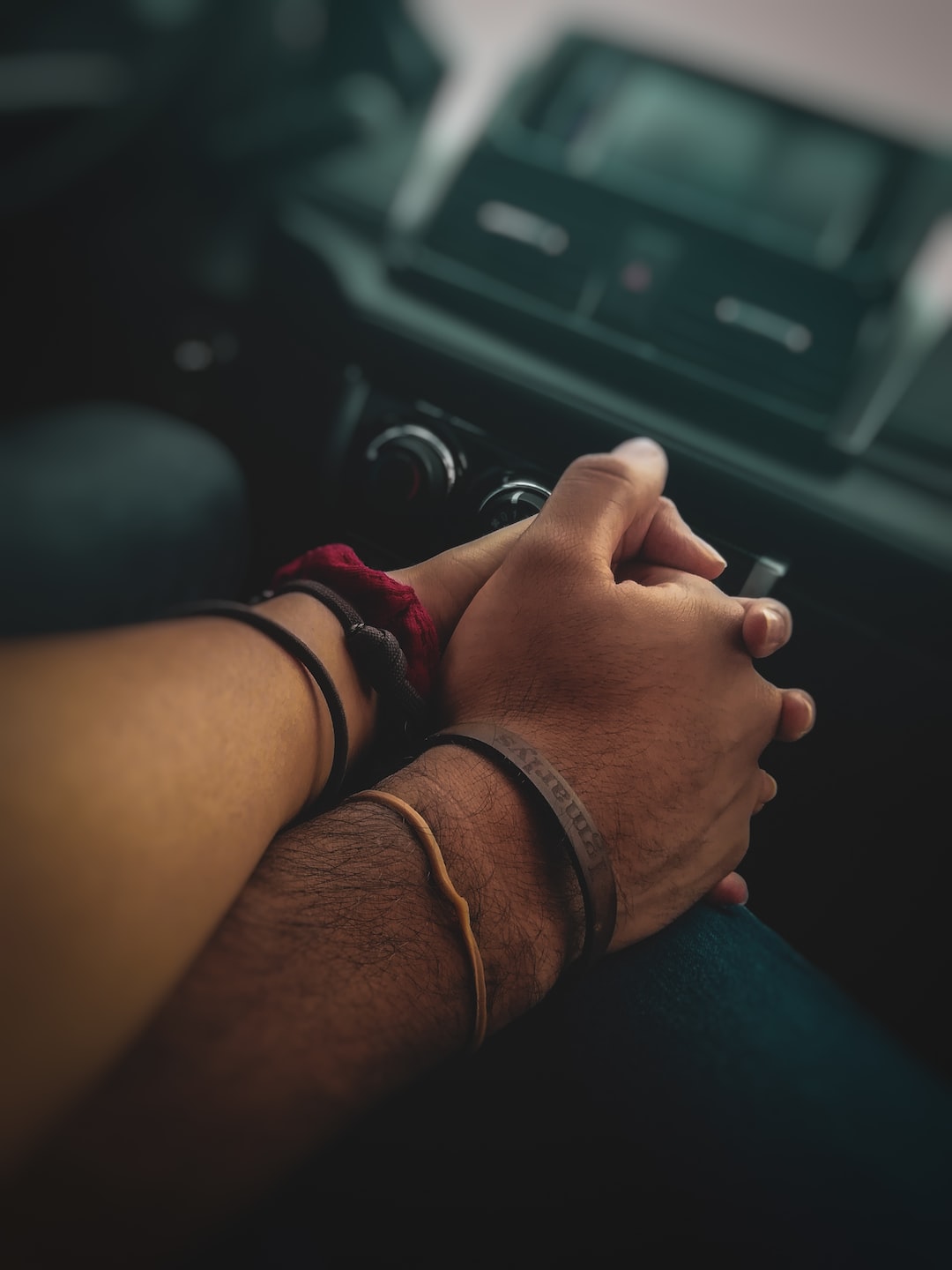